ROCKWOOD HALL, NYC: How can you not like a guy who opens by proudly saying this is his first solo gig in New York City, and thanking all four people at the Rockwood Music Hall’s Stage One for coming to his 7:30 PM show! 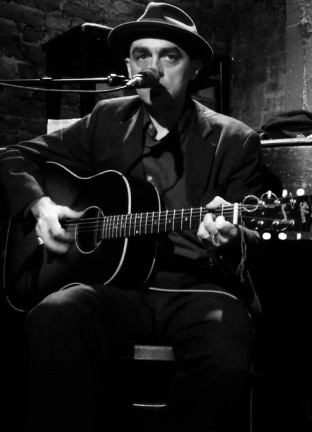 Then Felix Slim wowed the “crowd” (which swelled to a dozen or so after an hour) with a style that mimicked his favorite sound: New Orleans blues. Never mind he’s from Spain and has only been in the United States for two months!

Between his classic raspy blues vocal style, his selection of harmonicas, and his foot-stomping with his orange-laced boots, Felix delivered a soulful hour of unique sounds.

Felix represents what I’ve come to discover is the musical melting pot of New York, nowhere better represented than the Rockwood where they offer between 10-15 different acts every night on their three stages.

If you liked this post and don’t want to miss any great blues and jazz artists, sign up for my newsletter! It comes about once every week or two. 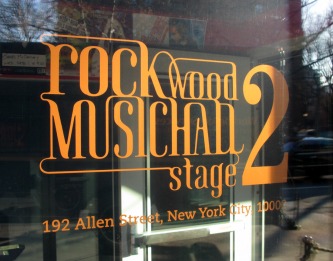 VENUE: Rockwood Music Hall (a funky, three-stage locale in the Lower East Side with an amazing schedule of performers every night)

PRICE: Some acts are free but include a one- or two-drink minimum per set, although that seems flexible as you’d be incoherent after four sets at Stage One

DRINKS: Excellent selection of normal and craft beers (other drinks, too, but I’m a beer guy; sorry!)

FOOD: None, but you can bring your own, and there is a fantastic pizza place next door that even has gluten-free pizzas!

WATCH AND LISTEN: Here is a compilation video — it’s only 2:22 long!