THE ZINC BAR, NYC — Eric Lewis opens by obscenely dissing jazz great Keith Jarrett. Then he reaches INSIDE the piano to bang, scrape, and pluck the strings.

Lewis opens with a shocker: “The thing about Keith Jarrett is that, like a lot of those other guys, they do a lot of creative stuff, but they don’t know how to rock an audience like this. You know what I’m saying? That’s where the rubber meets the road. You can play a lot of abstract shit, but I’m about to play Nirvana for you and you’ll see this is the difference between me and mother-fucking Keith Jarrett.” 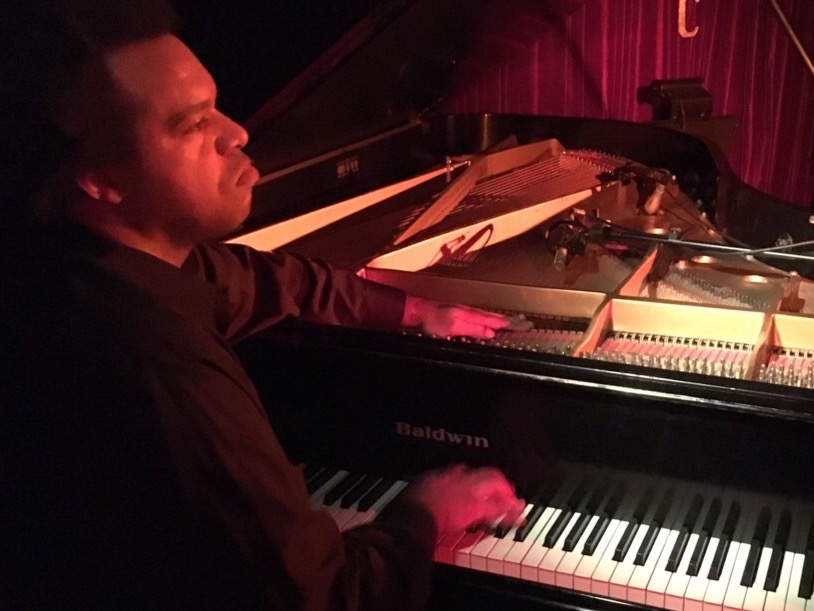 While he’s saying that, he’s banging in the underside of the keyboard, creating a staccato rhythm which he tapers off as he finishes his Jarrett put-down. Then, instead of laying his fingers on the keyboard, he stands up, reaches INSIDE the piano, and starts pounding away at the strings, plucking them, scraping them, and then doing God knows what to create a truly creepy sound (you’ve GOT to watch at least the first 3:40 of the video).

When he finally sits down at the keyboard, he still has one hand inside the piano while the other beats out a rhythm, making the piano sound more like a percussion instrument than a piano. When he ultimately starts actually playing the keys in a slightly traditional fashion, he’s still giving us as much thunder as theme. When familiar strains of Nirvana begin to seep into his playing, the audience roars its approval. 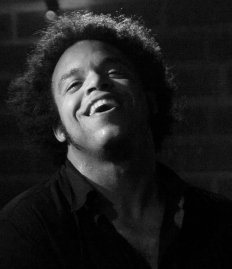 And that keeps up all night. Lewis never, ever does what you’d expect, but he does it with songs you know and love, so he’s got your attention from the beginning, riveting you with curiosity to see how the hell he’s going to twist this particular tune.

“I deal with favorites because it gives people a sense of predicability and then that opens me up to surprise them and do a lot of different things with them,” Lewis told me. “They sort of already know what’s going to happen, so I can play with that expectation, whereas if I am doing something that is abstract or too obscure for them, everything is a surprise and it’s hard for them to remember anything, so it narrows my power of surprise.”

Part of that surprise is how percussive ELEW’s piano playing is. “The piano is a percussion instrument, and when you’re playing a solo you have to create all the rhythms for people to experience a sense of completeness,” he said. “Sometimes that can be a pejorative way of saying I’m banging or something like that, but ultimately playing solo piano requires a lot of syncopations and stuff like that in order for it to be full sounding and complete sounding. 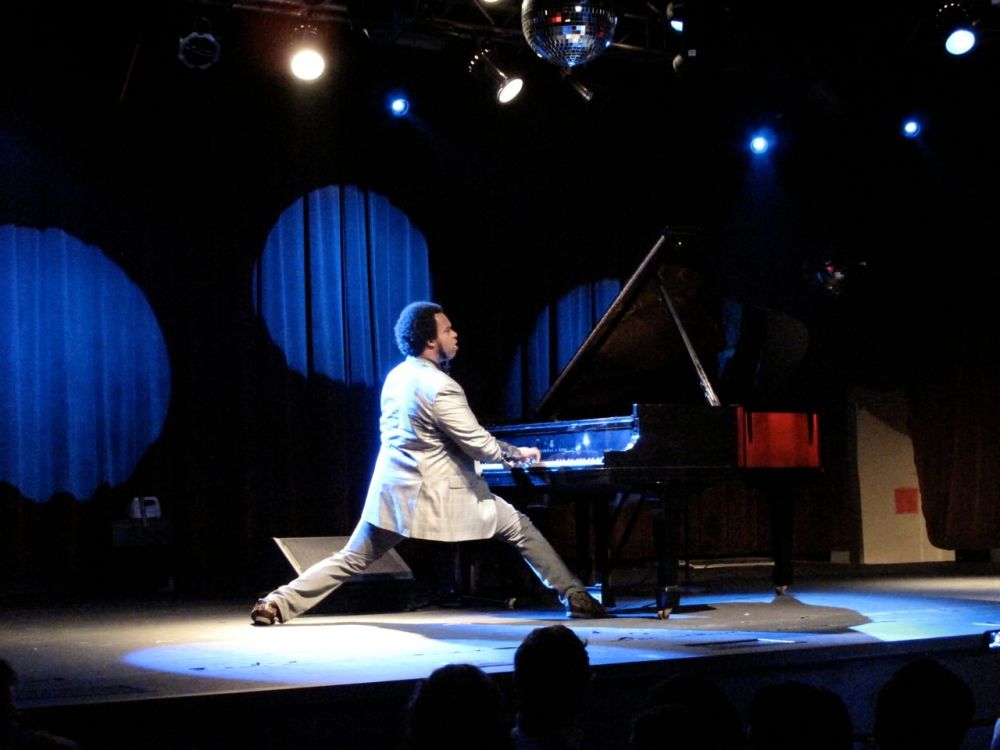 DON’T MISS ANY GREAT MUSICIANS! SUBSCRIBE TO MY NEWSLETTER HERE!

ELEW’s shift to blending rock and jazz after a brilliant early career in jazz didn’t impress everyone. “A gifted pianist with an obviously inventive and savvy imagination dumbed down his talents to seize the spotlight with a garish and empty spectacle,” wrote Shaun Brady in JazzTimes. On the other hand, I find it fascinating, fun, inventive, and challenging to the norm, which is always controversial.There’s a lot more to ELEW’s style of music than just delivering lots of music and sound.

Lewis himself seems to be in different states of mind as he plays his solos, often looking anywhere but the keyboard and nowhere in particular. 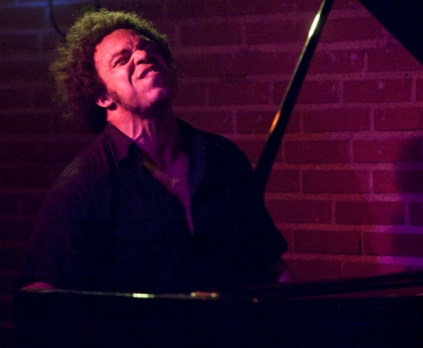 “You have to have a connection with your instrument to the point where it is part of your body. Right now my hands are behind my back but my body knows where my hands are even though my eyes cant see them The piano has to be the same way in order to have the instant reflexive playing and instinctual connections and response times that go into doing what I do. Moments are fleeting and you gotta be ready for them, be poised and in position, By the time your eyes see something and tell your brain, that’s a lot of time in terms of nanoseconds and micro seconds which is where art takes place, especially musical art, so the eyes slow me down, that’s why I have to take them out of the picture in order to focus in.”

ELEW started out as a jazz purist, and played as a sideman with big jazz stars like Wynton Marsalis, Cassandra Wilson, Elvin Jones, Jon Hendricks, and Roy Hargrove as well as performing as a member of the Lincoln Center Jazz Orchestra. After breaking away from jazz into a crossover approach blending jazz and rock, his self-titled “Rockjazz”, he played with stars such as Sting, The Roots, Natalie Cole, and Esperanza Spalding. 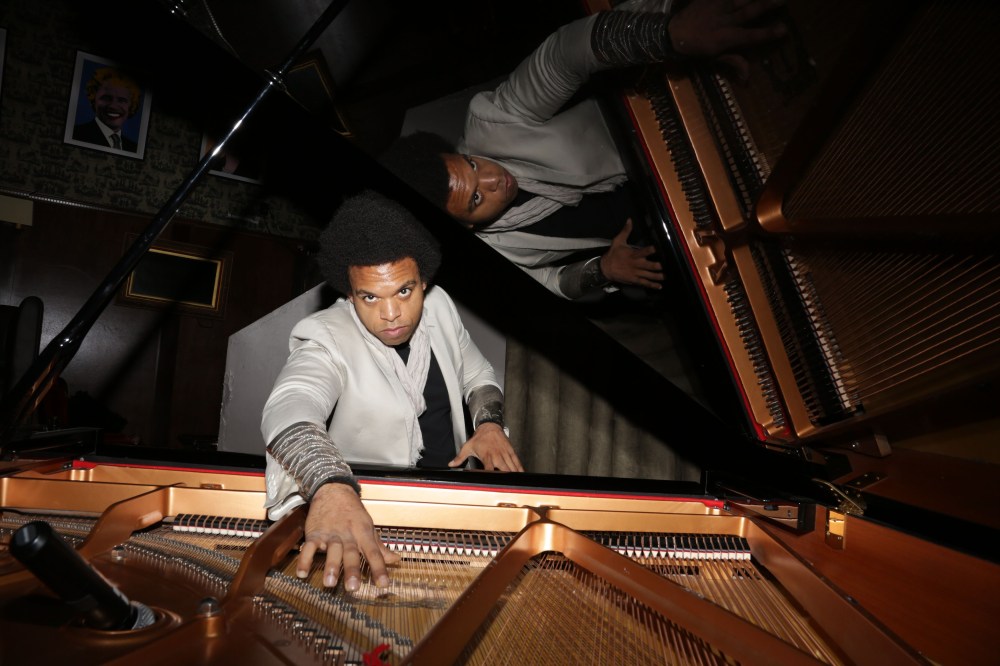 Rockjazz takes the improvisational aspect of jazz and “threads it through the eye of the needle of rock,” ELEW told CNN.

“He opts to stand rather than use a piano stool, his legs at times adopting a stance so wide you hope he doesn’t split his pants,” CNN reported. “He also likes to reach into the piano to manipulate its strings, scratching them to imitate the sound of maniacal laughter or beating them like bongos.” 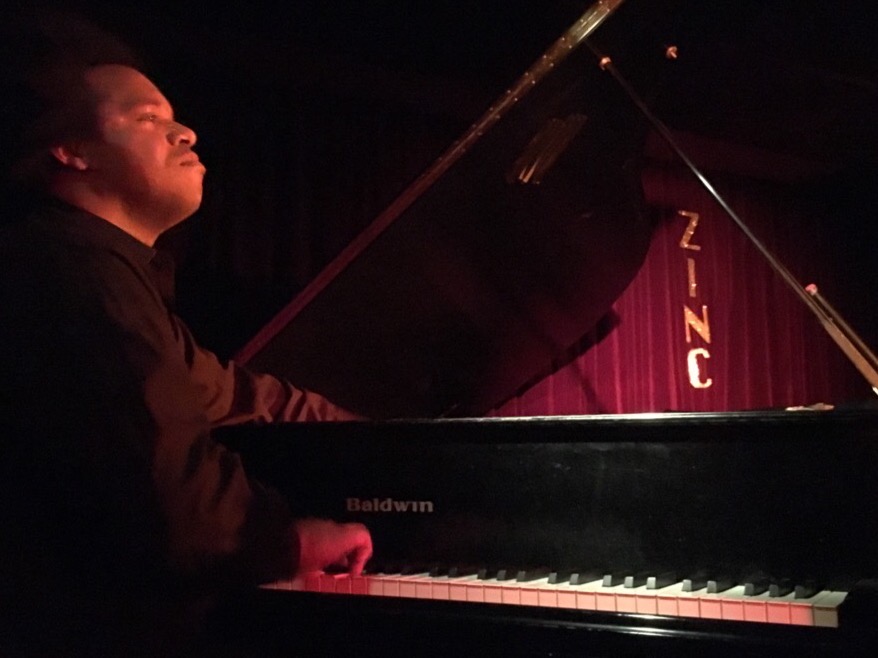 ELEW’s style has attracted the attention of some big name folks, including Designer Donna Karan, who invited ELEW to perform live during a fall runway. Actors Forest Whitaker and Hugh Jackman are also fans. And he performed for the Obamas at the White House.

A year after I recorded this video, ELEW released an album (“And to the Republic“) that was hailed as a return to jazz and a rejection of some of his earlier angry, abrasive statements.

In a repentant interview with Jazz Times, he said: “I don’t have regrets from the rockjazz period, but I have regrets — remorse might be a better word — about some of the rancor that was promoted by me. I had a narrative that was full of umbrage and anger, but I can definitely say that there was a lot that I was ignorant of as far as the mechanics of the industry. I think I made myself clear as far as my misgivings and issues, but I’ve come to an understanding of what was eluding me for so long, and I wanted to share that epiphany with the jazz republic.” 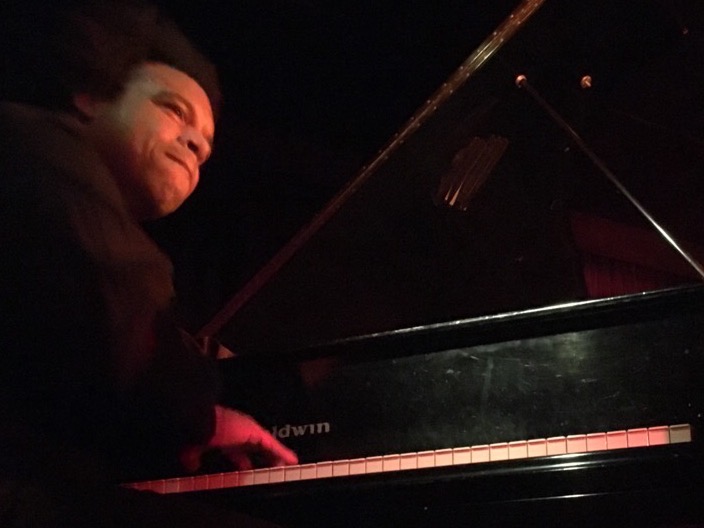 “I had to do what I had to do in order to carve out a particular niche for myself,” he said. “A lot of what I did in the rockjazz period was narrow; it was very niche and fueled by a lot of angst and aggravation. But it was also a tactical move, and like most of my moves as a chess player, there are layers. I thought if I made a name for myself with rockjazz it would be easier to penetrate the jazz world later on.”

And that is apparently what he was attempting to do with the release of “And to the Republic”, seen by critics as a return to straight-ahead jazz, according to Jazz Times.

If you want to see piano played unlike any piano playing you’ve ever seen, catch ELEW in action the next time you have a chance. 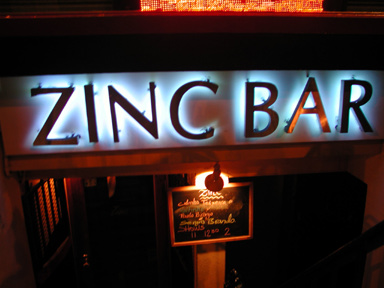 THE VIBE: Dark, simple, frill-less bar that has been hosting super jazz talents for years. Don’t come for the ambiance; come for the music.

THE DRINKS: Small but quality collection of beers

THE FOOD: None. Bring your own.