TERRA BLUES, NYC —  Bobby Bryan counsels convicted teenage felons at the Rikers Island prison during the day. At night, he sings the blues. 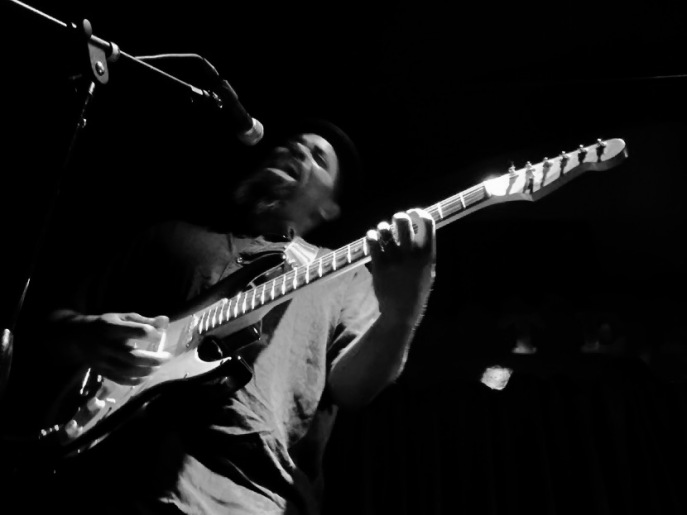 But Bobby’s blues have a decided upbeat vibe because Bobby’s outlook on life, despite what he deals with every day, is decidedly upbeat. And it’s clear he’s having a lot of fun up there.

“I can take the worst day on Rikers Island — a pepper spray day, a really fucked-up day — and come up here and have a blast playing music and then take that positive energy back there,” Bobby told me after his set. “I have to have good nights in order to do that.”

Bobby, by contrast, plays standing up (I think he is constitutionally unable to sit still), and puts his entire body into his songs. His head is often rocking back and forth, as are his arms, torso, and legs. He is a full-motion blues player.

But it’s not just his body that is consumed with the music. Bobby is like those basketball players who hit trey after trey prompting the announcers to declare he went “unconscious”. That’s Bobby on his guitar (watch the video and you’ll see what I mean).

“The idea is to get into that zone, man, that space where you are just the vessel and the sounds just come through,” Bobby told me. “That’s the space I’m talking about, that’s why I practice — just to be available for that, just to be the instrument.

“It’s a spiritual place. It becomes church. It feels connected, man, it feels very connected to everything,” Bobby said. “I know this sounds esoteric, and people might think, ‘Oh this mother-fucker is crazy or high’, but it’s just where I am. It’s a total high.

“It’s taken me thirty years and I’m only becoming aware of it now,” Bobby said. “I know it’s just a matter of time, man, before I really speak the language fully, really express what needs to come out. But I’m really happy playing music — it allows me to go into the worst places and work and exist and not burn out.” 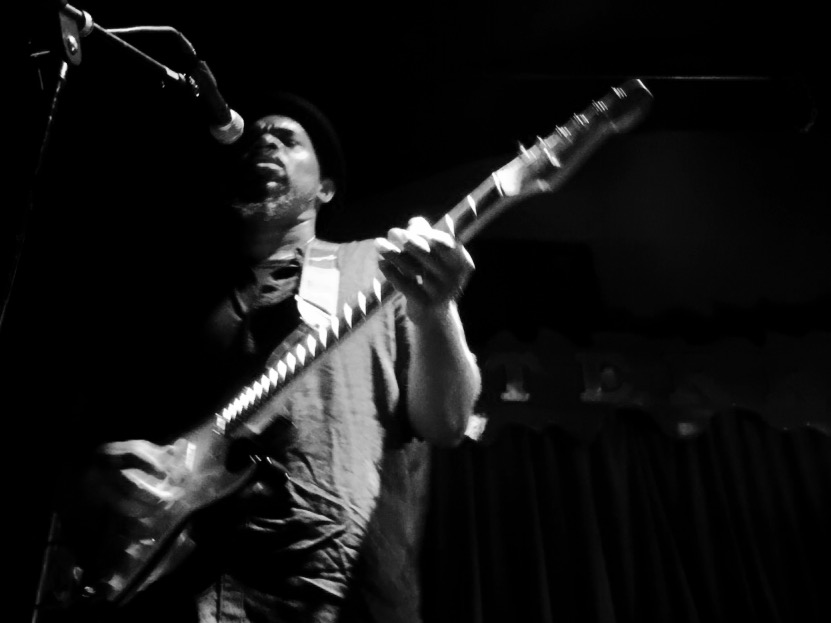 Bobby got into the blues thanks to a Jimi Hendrix album his father had lying around their Los Angeles home.

“My dad had a record collection with a lot of jazz and blues artists, Cannonball Adderley and Coltrane and stuff, and he had one Jimi Hendrix record: ‘Electric Lady Land’. I found it
when I was like twelve years old and I heard that record, man, and it kinda scared me because it had, you know, some backwards stuff on it and I’m twelve and scared of the dark and shit, but I heard that and I started to try to play like Hendrix. But the only way you can do that, or even try to get near that, is by playing the blues. So that was my introduction to the blues.

“And then I figured out in the last few years that you really gotta live this shit in order to play it,” he said. “I mean you can play the blues, but where I’m trying to go — you gotta live it.” 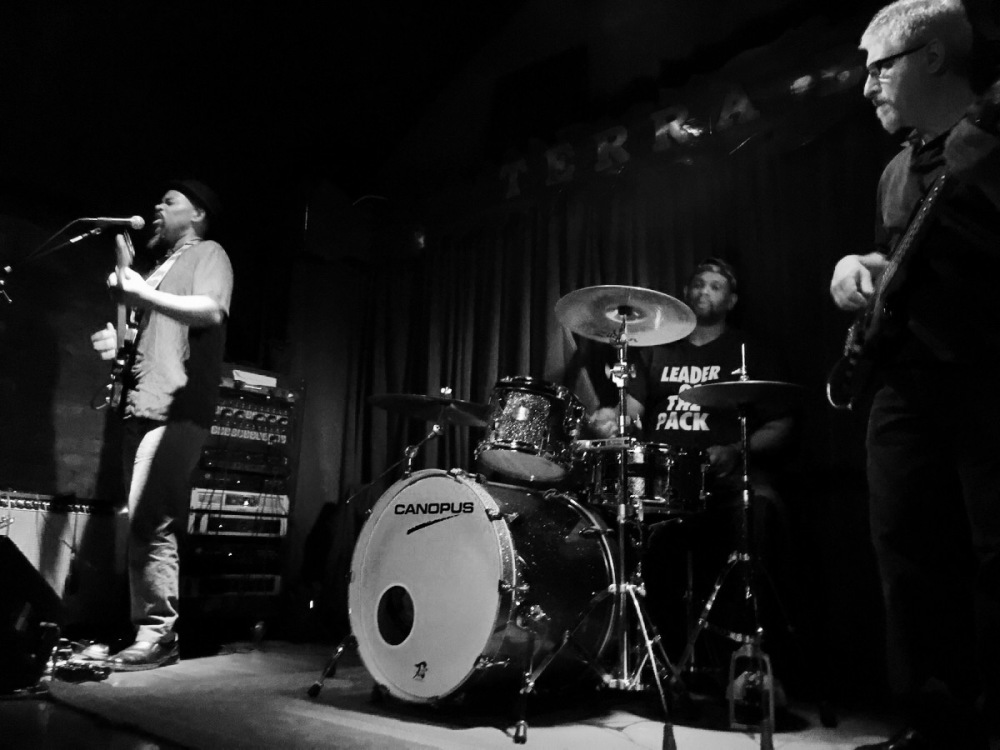 So if you’re in New York City on a Tuesday, go to the Terra Blues calendar, and see if you’re going to be lucky enough to be there on one of the Tuesdays Bobby plays. Then run, don’t walk, to get a good seat. You’ll be glad you did. 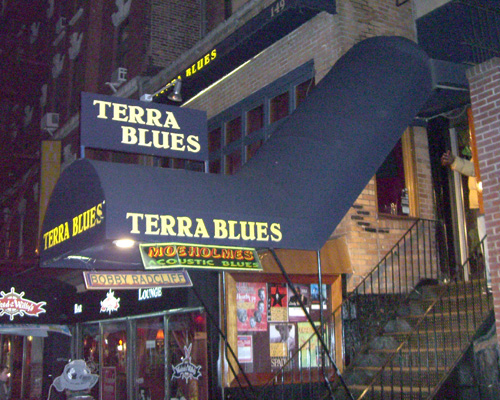 THE VYBE: Laid-back, dark, cozy, no frills (but who goes to jazz clubs for frills?!)

THE DRINKS: Lagunitas IPA, among other, lesser beers 😉 Can’t speak to the wine and drinks, sorry!

THE STRATEGY: Sit up front. It is the best way to get a real feel for the musician. Great blues bars aren’t fancy, they’re cozy, they’re designed to put you in touch with the musician. Don’t sit in the back (people toward the back at Terra Blues tend to talk more and listen less). To be sure of a front seat, call ahead (212-777-7776) and ask for one of the tables next to the stage.